Located in the house where he was born in 1885, the exhibition has been laid out in the style of a late 19th-century working class miner’s house. 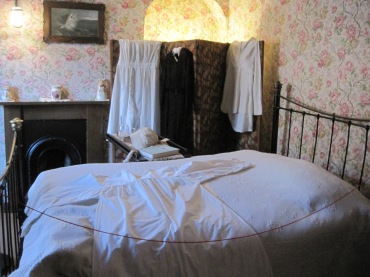 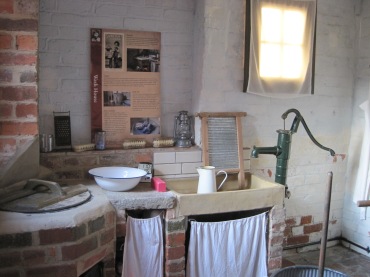 The museum extends to the house next door which houses a short film, a small exhibition of his memorabilia and the gift shop.

When he died on 2 March 1930 in France from complications of tuberculosis, his wife, Frieda commissioned an elaborate headstone for his grave. It bears a mosaic of his adopted emblem of the phoenix and was originally atop his grave.

However, in 1935 Angelo Ravagli, who Frieda lived with and later married, arranged to have Lawrence’s body exhumed. The headstone was removed and passed through various owners until it was presented to the D.H.  Lawrence Heritage in 2008.

Lawrence’s body, however, was to be cremated so his ashes could be brought to the ranch in Taos, New Mexico where Frieda and Angelo lived. However, according to the museum the ashes never arrived at the ranch. Rumour has it that Angelo dumped the ashes en route and had to buy alternative ashes to take to Taos.

I think the moral here is don’t trust your lover with your dead husband’s body.

2 thoughts on “Visiting the birthplace of D.H. Lawrence.”

This site uses Akismet to reduce spam. Learn how your comment data is processed.